As a kid, sunscreen was about a slash of white zinc across the nose and cheeks, a kind of war paint that signalled serious playtime in the sun. Being zinced up was a licence for my brother and I to race worry free into the water off Nun’s Beach at the mouth of Port Phillip Bay. The water was clear, the sand clean, the waves booming. Even the last remaining nuns would come out on their boogie boards.

As I got older, SPF sunscreens came on the market, sold to us by the cheeky face of America’s Coppertone Girl. Finely regulating the distribution of tan across one’s body became an art: SPF 4 on the legs, SPF 6 on the arms, SPF 10 on the face, etc. Sun protection was a concept, but being tanned was cool. No longer just working class, like my grandfathers’ farmer arms, a deep tan was a sign of the beach, relaxation, health. It was about being a (white) Aussie. 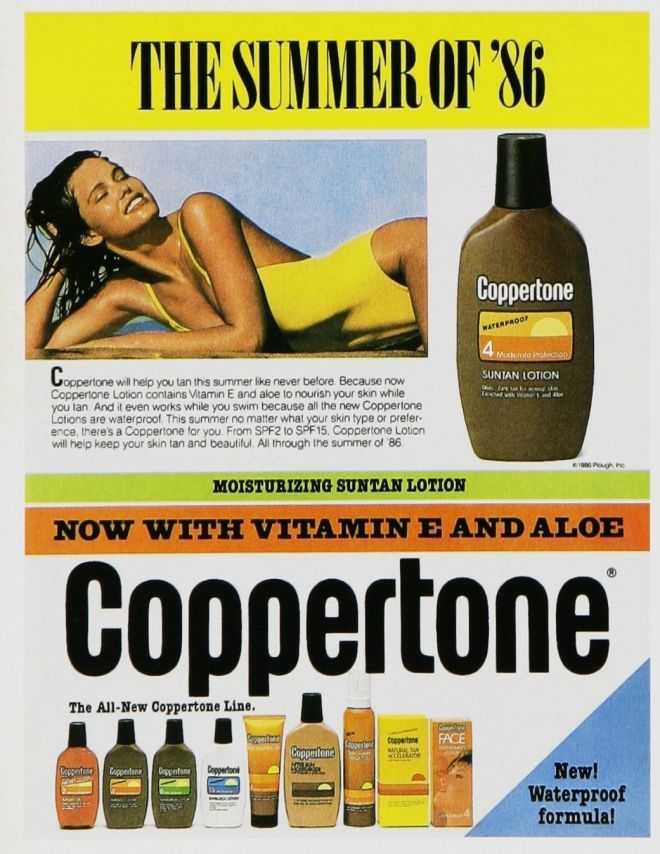 But then Australia’s relationship with the sun began to change. The planet’s own skin was in trouble. Something had happened to the sky and the sun was no longer friendly. A future Nobel Prize winner, Paul Crutzen, and other atmospheric chemists explained that a giant gash had opened up above our heads. There was a hole in the ozone layer and invisible killer rays were now raining down. More bizarrely, the cause of this dramatic shift laid in our hands: it was our aerosol sprays. The answer, they seemed to be saying, was to use less deodorant. Then Sid the Seagull arrived to teach us to Slip, Slop, Slap. So, it seemed we were to use less deodorant, but more sunscreen. But I knew in the back of mind that this was not just about ablutions. Our bodies, the sky and the sun had entered some kind of conflict. Nature had been split and my childhood bubble had been pricked, leaking its comfortable assumptions into space. 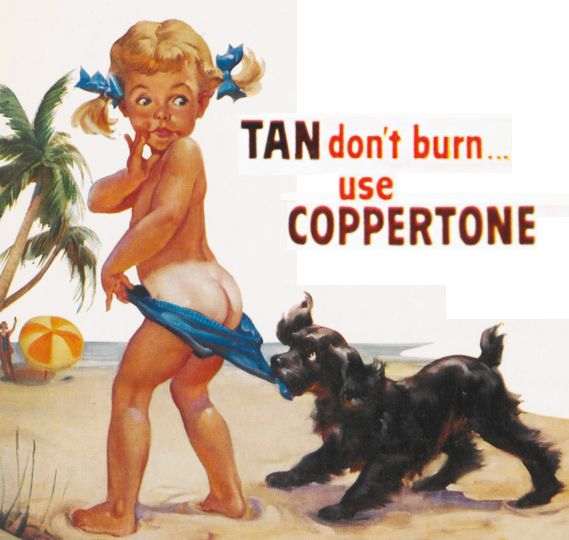 Our relationship with the sky and the sun has continued to change. We now know that not just the ozone layer but the whole atmosphere is in trouble. There might be too few ozone molecules in the stratosphere, but there are too many in the troposphere, along with a cacophony of other greenhouse gases. Yet the issue is more than a matter of reorganising the distribution of molecules. Climate change and ozone depletion are increasingly entwined in what scientists tell us are positive feedbacks, positively wrapping us tighter and tighter into the earth system. In fact, Paul Crutzen and colleagues now tell us we are entering the Anthropocene, as the collective effects of our impacts shift the earth system into a new state.

My brother and I still go to Nun’s Beach, with our own small children in tow now. With hotter weather, so do many others. Most of us are now sun smart: not in the sense that we use smart real-environmental monitoring to calculate our UVA and UVB exposure (though that is on its way). We have just been well-schooled in the need for rashies, hats and SPF 50. Despite some recalcitrants, Australia’s uptake of sunscreen is trumpeted around the world as a public health success. Sid the Seagull is a hero.

But on the beach, the real birds and many critters underwater may be less sure. It turns out the sunscreen I vigilantly slather on the family is not so smart after all. It might be good for us, but it’s not good for phytoplankton, seaweed, corals or anything that rely on them, particularly given the fact their surrounding water is also warmer, more turbulent, and more acidic. In Hawaii and other tropical coral reefs, sunscreen is increasingly banned. Not only does it disrupt coral reproduction it blocks the sun’s good rays from the plant cells that need it. More care is needed.

No one really knows what the effects are on temperate marine ecologies such as that in Port Phillip Bay. Reefs here don’t attract the same sort of funding. But the signs aren’t good. Our collective experiment in compensating the planet’s defunct solar radiation protection mechanism with our own bodily scale replica is likely to have spawned more than a few side-effects, local as well as global.

The sun continues to shine its admixture of radiation, and the sea continues to beckon physical and psychic relief. But like Paul Crutzen, my thinking is now of the Anthropocene and the dark futures layered within it. From my own damaged dermis and the kelp beds in the Bay, to the stratosphere above and the sun’s rays close and far, to my sun-kissed childhood and the impatient child in my arms; all shimmer within the sunscreen lying quietly in my hand.