When I lived in Sydney I was involved in environmental campaigns organised by The Wilderness Society and the Australian Conservation Foundation. It was through this involvement that I became aware of the need for the protection of the environment. Thus, when I bought a 140-acre property in the Capertee Valley in NSW, I knew I had an environmental war on my hands.

The property, Binalong, was mostly a huge bare paddock with only sparse areas of bush on the slopes where the house was situated. It had been overgrazed for years, so the hope of having it regrow all by itself was fairly remote. It eventually dawned on me that I was the only person who could change this property into a beautiful wildlife reserve and provide a safe home for both flora and fauna.

The critically endangered regent honeyeater and other birds classified as vulnerable had been found on the property but there certainly wasn’t enough native bush there in order to provide nesting sites which would encourage breeding. Mammals such as kangaroos and wallabies were there too but mostly remained on the slopes in the shelter of the shrubs and trees. Wombats, echidnas, reptiles, and other little mammals were also there in small numbers. 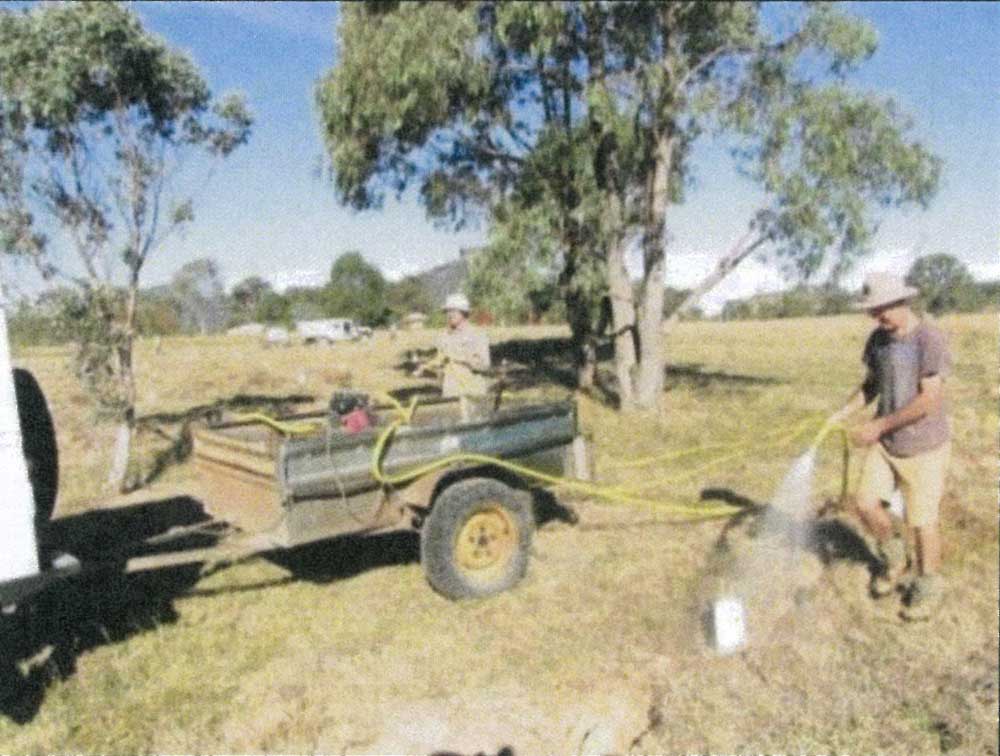 My plan involved cleaning out the dams and gradually revegetating the property over a number of years, but how? By some miraculous chance, the same year th

at I began living at Binalong a group of birdwatchers from the Birding Australia bird club started the Regent Honeyeater Recovery Project (RHRP). This project entailed tree-planting which took place twice a year, in May and in August.

Binalong was chosen as one of the planting sites in August 1994 and, of course, I was thrilled to be involved. The RHRP committee organised a group of about 120 volunteers to come and spend a weekend in the valley, staying either at the campsite or in various other places of accommodation. 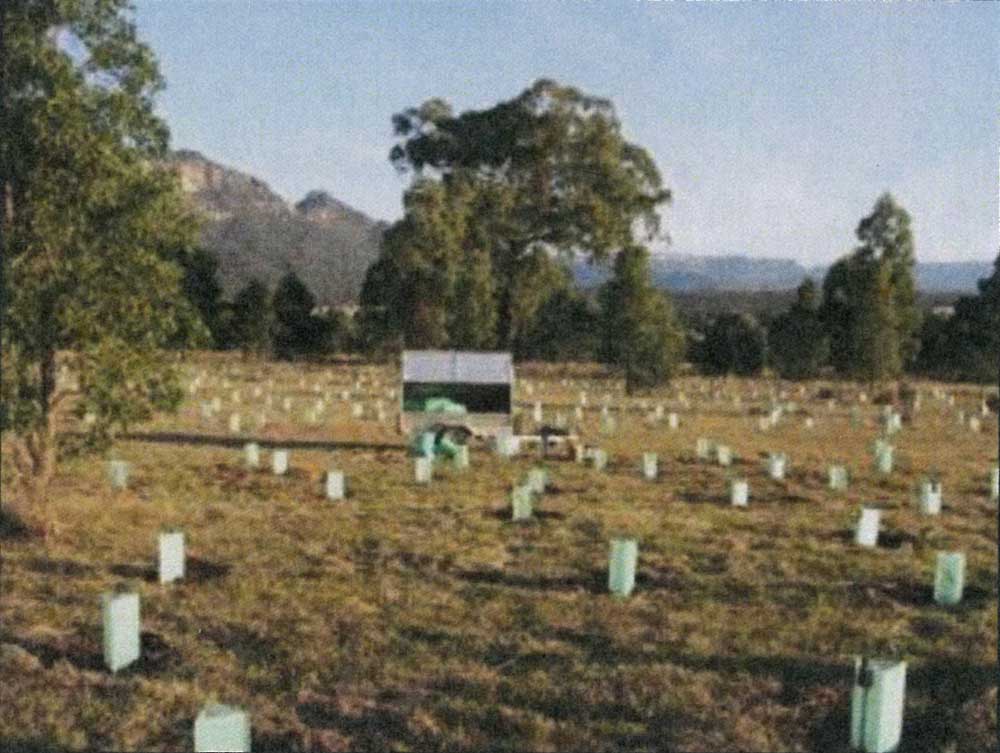 The plan was to have 3000 trees and shrubs native to the valley already propagated, then on the Friday these were taken to Binalong by a number

of 4WD owners in their trailers; volunteers then placed these plants in the already ripped rows. While this was happening, other volunteers placed tree guards and stakes next to each plant. On the Saturday, everyone involved converged on the site to plant the trees and shrubs. The waterers then followed the planters, giving each plant plenty of water in order to settle it into the ground.

When the planting was complete it was very moving to see everyone admiring the host of protective tree-guards stretching away across the paddock and into the distance. It was such a wonderful opportunity for city people to come and do something positive for the environment.

Since 1994 many of the people involved in the planting have since re-visited Binalong and are able to see how they have helped change its bare-paddock surroundings into an environmental heaven.

April Mills has been a keen environmentalist for many years, concentrating on both Australian and international issues. She has written and illustrated, with photos, journals of her volunteering experiences in Sri Lanka, Yemen and Namibia. Her present journal will be about her experiences at Binalong, the property mentioned in her Everyday Futures story.