Gallery A loupe and a forgotten kingdom

A loupe and a forgotten kingdom

Ecologist E.O. Wilson famously reminded us that it is the ‘little guys’ that run the world. Invertebrates, fungi and various micro-organisms are those ‘little guys’ that drive ecosystem processes. Fungi, for example, build architecture in soils and influence hydrology. They recycle organic matter and sequester carbon. They form relationships with most plants and provide food and habitats for animals.  They engineer atmospheric and geospheric chemistry. They are most definitely not just lying around on the forest floor.

Yet for all their industriousness, conservation efforts tend to focus on the bigger stuff, often colourful birds and ‘attractive’ mammals. It seems that size does matter after all. To be endowed with chlorophyll or a backbone is to be charismatic. Such organisms are assigned greater value and deemed worthy of conservation. Our emotions and empathies usually extend to other organisms relative to their resemblance to ourselves. Hence we tend to identify less with slime moulds, stinkhorns or sucking lice. Well, most of us anyway.

The invention of the microscope in the seventeenth century radically changed the way the world is understood. Previously unseen micro-worlds of life were revealed. Many remain undescribed today. But a hand magnifier or loupe (or ‘flea glass’ as it was originally called) can also take us to amazing new places. When I was seven I was given one. It changed my life. I still have it today. It cost $15 – the same price as it costs today. Fifteen bucks to open up worlds of wonder and discovery.

Over the years, my loupe has not only revealed unseen worlds and details, but also alerted me to environmental changes. Often slow and insidious changes, undetected, happening secretly, out of sight. Small changes with potentially large consequences. Fungi occupy the subterrain. They occupy litter and dirt. These aren’t places that are well regarded. Nor are their inhabitants. They require close observation. That’s what my loupe is for.

Today, fungi remain largely absent from an ecological consciousness that incorporates other life-forms and places inhabited by fungi. However, given the ubiquity and ecological significance of fungi, almost all environmental issues also involve fungi. But how do we draw attention to the unnoticed, the unimagined, the unregarded? Media representations of environmental issues rarely acknowledge the significance of fungi. As supposed ‘newsworthiness’ requires environmental topics to be bound in time and place and preferably by a ‘catastrophic event’, fungi usually only gain media attention when they cause destruction (e.g. human poisonings or crop destruction) rather than themselves being casualties of environmental calamity. Consequently they are rarely considered part of environmental issues such as climate change, species extinction or wildfire, all of which affect fungi. As fungi operate on slow time scales in invisible realms, they are especially prone to what Rob Nixon refers to as the hushed havoc and injurious invisibility that trails slow violence. If a fungus species or a thousand fungus species succumb to extinction in the subterrains of the soil, would anybody notice? I suspect only a few, and only then if the fungi were known in the first place. How do we develop the fine-tuning to detect and represent issues beyond the human range of perception? How do we shift media attention from the spectacular, to the less often observed?

Some of my most revelatory moments in the forest have been shared with others as we’ve ventured into its microcosms; witnessing the delight of life magnified times ten. I recently passed my loupe to a friend and pointed to a fruiting lichen on an overhanging blackwood branch. I watched as her head and the loupe moved in and out trying to find focus. Then a great whoop signalled success. Bent double, nose jammed into the wet branch, the exclamations of discovery continued. Something captured her curiosity and imagination. Something precious. Something not describable in words. Telling someone how something appears through a loupe is inadequate. There is a very particular rush that comes with seeing something come into fine focus and it being like something you could never have imagined. It also comes from seeing something reassuringly familiar. But already, my attempt to describe it in words is lame. 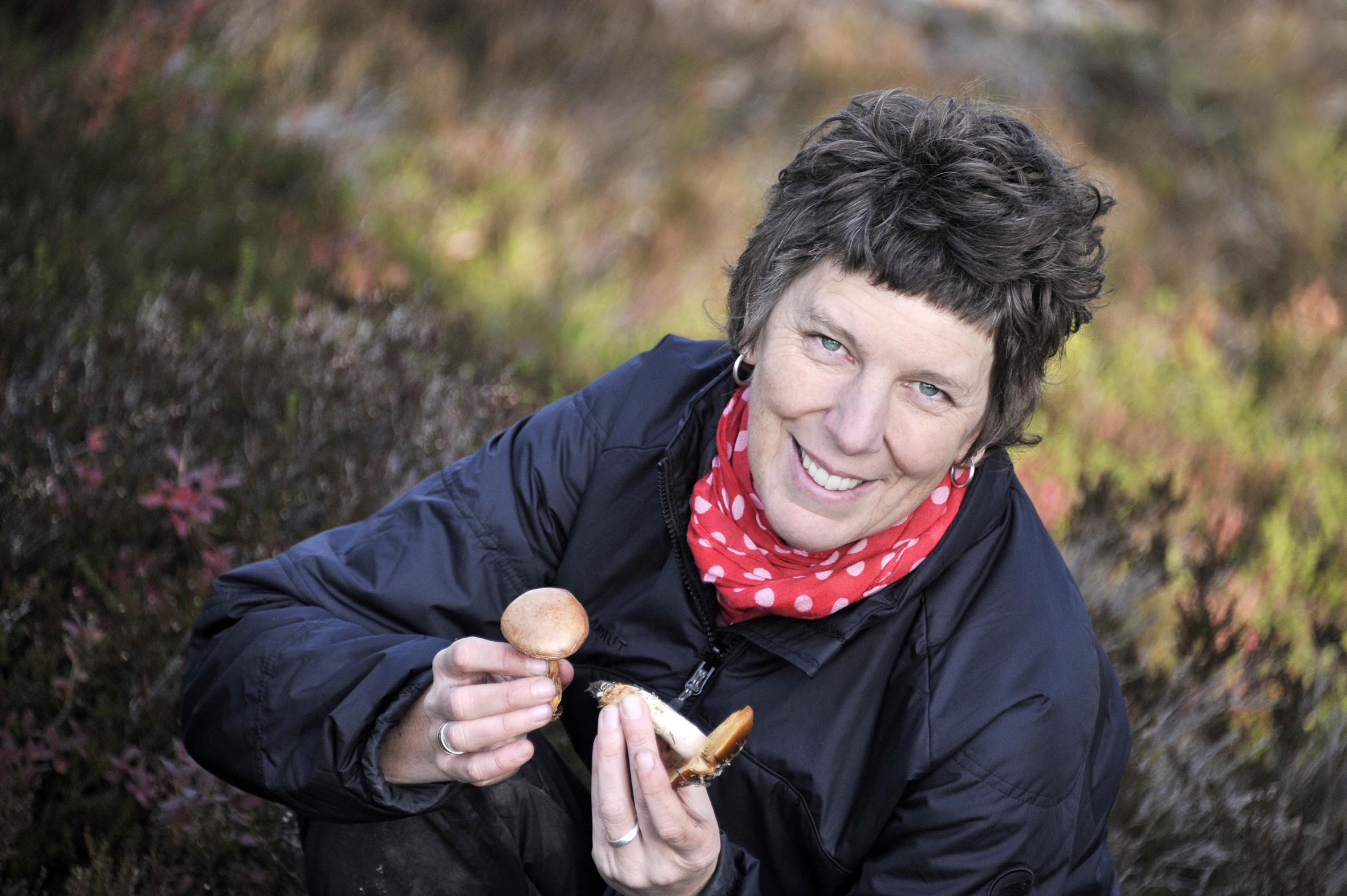 My fifteen dollar loupe reminds me of the importance of looking closely, of fine-turning, of the importance of continued observation over time. It opens unseen worlds of wonder, but also reveals environmental changes that need close attention. It reminds of the dangers of sliding baselines and unless we keep looking regularly, what we consider as environmental ‘norms’ can become distorted without us realising. So much of the beauty and wonder of nature is in the detail. In the cracks and crevices and also in its nuances and subtleties. Closer observation of the less seen corners can reveal unimaginable treasures as well as keeping us in touch with environmental change.

Alison Pouliot is an environmental photographer and ecologist.